Tales from the Fog

Last weekend I got a hankerin’ to start my Halloween movie watching – albeit a little early.  With the coolness in the air last weekend, and now that the leaves are starting to change color and develop their crisp, Autumn scent, it seemed appropriate that my viewing  would come sooner this year.

My beau and I were talking about Stephen King’s Silver Bullet and, of course, that’s what I decided to spend a late, lazy Sunday afternoon watching.  After spending nearly all of my weekend working on my fitness biz, it was a perfect-ish way to relax for a few hours. 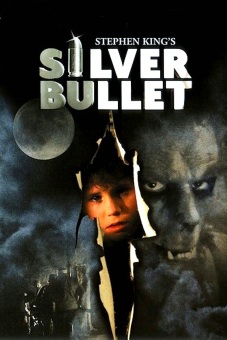 And, as always, Silver Bullet did not let me down.  Corey Haim and Megan Follows are forever perfect as Jane and Marty, siblings dueling with each other, and with a werewolf – with a conscience.

Childhood horror heroes (and Anne of Green Gables, yo)

And, of course, we can’t forget Gary Busey.  I love that dude.  He is spazz-tastic.  Just say no to drugs, kids. 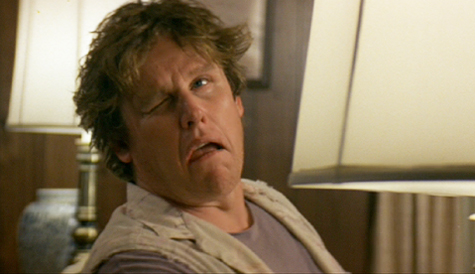 So, there I was, Sunday evening, watching Silver Bullet with not another thought to it.  A movie I’d seen a bunch of times before.  And all was well.

Then, Monday morning came.  Eaaarly Monday morning.  I’ve been teaching fitness classes in the park very early Monday mornings since the summer and as the summer came closer to ending, the later the sun has been rising.  And last week when I went out, not only was it pitch dark, it was foggy.  There was a thick rolling fog.  Perfect for a nervous Nelly….and werewolves.

As I’m waiting for my class participants to arrive, I’m sitting in my car, doors locked, of course, staring down over the park, trying to see through the thickness of the fog.  And texting my friend about the possibility of werewolf attacks.  She called me a fool and said there was no such thing as werewolves.

Don’t think I DON’T see you lurking there.  This was pretty much my view at  the park.  Pretty much.  😉

But, I’m pretty sure that the last person who got attacked by a werewolf was certain there was no such thing as werewolves.

Next up (hopefully):  Texas Chainsaw Massacre (the original!)