The Kids Are Alright

Last week my nephews participated in a little variety show at their school. Boy 1 (J.- 8) chose not to participate much except he played the “drums” for the big finale to “Gangham Style” (I’ll be so happy when that song passes its peak – although all the kids across the universe seem to love it). Boy 2 (A – 5) decided to do some stand up. He buddied up with a friend and the two of them, dressed as superheroes, stood in front of the entire room and (fully prepared) told jokes. It was adorable. They took turns and passed the mic and their joke cheat-sheet back and forth and got accolades from the audience. *LOVE*

Another little girl with special needs prepared to dance to “Everybody Dance Now” (welcome back, 1990). At first, she was a little skeptical of getting before the crowd but then, her dad, this beautiful man dressed in the Valley Tuxedo (denim-on-denim all – be forewarned of judgement) got up, took her by the hand and, before the entire crowd, rocked-the-eff-out to C&C Music Factory with his daughter. It was the sweetest thing and I had to bite my lip not to cry. *LOVE*

Last night Blair and I made the trip into the City to see Emma-Roo in her play (apparently it was the final exam for her drama class). She did great. Better than I expected, actually. Prior to the play we were honored by the school’s band concert – their final performance of the year. Their choice of music wasn’t too bad – A John Williams (Star Wars, Indiana Jones, Jaws) piece and then a medley of the songs from Les Mis…my favorite! The best part of this concert, tho, was the drummer kid. He stood in the back, big messy head of thick, dark hipster curls and he rocked out in his own little world. Kid got the music in him. I tried to get a video of him but it was too dark and we were in the back row (where the cool kids sit, yo’). But trust me, the kid got soul. *LOVE*

These kids all get a gold star in my book.

If The Walking Dead Did Karaoke (Part 1)

Just for fun and because I’m bored, I thought it would be fun to post some songs that would be appropriate for the characters of The Walking Dead if they went to karaoke night.

Rick, Daryl and the Gang (to the Governor) – We’re Not Gonna Take It (Twisted Sister) (PLUS THIS VIDEO IS AWESOME!!)

Andrea – On My Own (Hedley)

Happy Birthday to my BFF, Steph!

A little shout out to my girl, Steph – It’s her Birthday and I want to let her know how much I think she rocks! 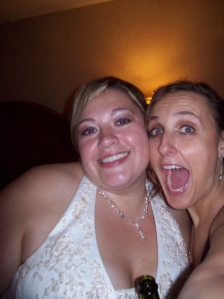 Stephanie and I have been friends since middle school but didn’t become BFFs until high school (10th grade, to be exact).  We kinda just connected and we’ve had great times and so many incredible memories.  We bonded over Clueless and Buffy the Vampire Slayer (the movies!), Les Mis (the play) and our love for Chris O’Donnell.  We’re happy to demonstrate how to do the Funky Chicken

How funky is your chicken? How loose is your goose?

or the best way to do Jello shots (even tho I think Jello is disgusting).  But just to tide you over, here’s a little story from my very first visit to Stephy’s house:

After becoming fast friends in 10th grade we decided we were going to throw a Christmas party together at her parents’ house.  We had planned everything together, invited tons of friends (and in turn, ended up having a ball!!), and worked out all the minor details – the party was going to be in the basement which had a huge rec room, separate bathroom facilities and a sort of makeshift nook (for food placement).  The main entrance to Stephanie’s house is as follows:  open door and you’re just off the kitchen.  However, take a step and a half forward and you’re heading down the steep stairs to the basement.

Could I find a better friend? AS IF!!

Upon entering Stephanie’s house for the very first time the following happened:  I walk in.  Meet her mom.  We head down to the basement.  I, on the first step say “watch me fall down these stairs”, then, not AT ALL on purpose, I misstep and proceed to ‘thump thump thump‘ all the way to the very bottom of the staircase.

My birthday gift to her (for today) is sharing that tiny bit of embarrassment with you.

I mean, how adorable is that face??
We *heart* you Chris O’Donnell!

The last week has been so busy (as will be the week to come) and I’m finally getting a night to myself (which, by the way has already been sidetracked by shopping, groceries and several phone calls and quickie visitors {my S-I-L and super awesome nephews who are always welcome!}).  But I’ve since gone for a walk, cleaned and mopped by bathroom, had an insanely hot shower and now I get to veg out and do what I want…which is a) blog and b) not sure…watch a little boob-tube or read.  We’ll see.  Right now, here’s a little something: 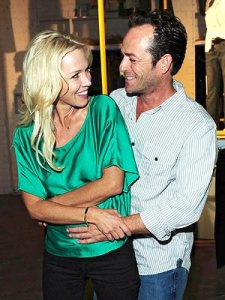 Tell me these two don’t have chemistry…. 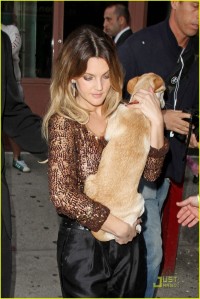 Okay, that’s NOT Olive in her arms, but puppy is still a cute baby, yes? 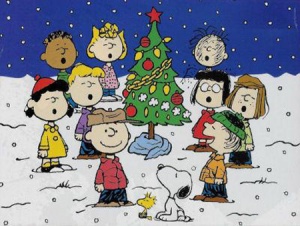 Half the fun is cleaning up the mess!

Well shoot….they sure do look like a fun crowd! 🙂 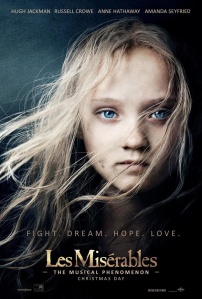 My favorite play is now going to be my favorite movie….again*.

8) Elf (the play) {My super-cool mom got me tickets to see Elf the Musical for my Birthday!!! 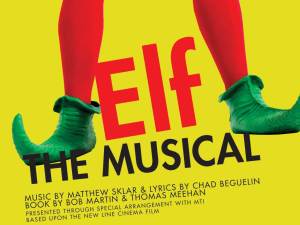 The best way to spread Christmas cheer is by singing loud for all to hear.

9) Law enforcement cracking down and bullies are now being charged.  Good.  Enough kids have died.  (RIP Amanda Todd and others.)

NO TOLERANCE FOR BULLIES!!

*The 1998 version of Les Mis with Claire Danes (who I love!) and Liam Neeson sucked and I was thoroughly dissapointed as it did not follow with the musical…which I believe is one of the most beautiful things in the world.  I saw the play when I was in 10th grade and my BFF Steph I were/are obsessed with it.  I know all the words to every song and still weep when I hear them sung.  It’s a beautiful piece of art and 1998 trashed it.  Boo.