The Kids Are Alright

Last week my nephews participated in a little variety show at their school. Boy 1 (J.- 8) chose not to participate much except he played the “drums” for the big finale to “Gangham Style” (I’ll be so happy when that song passes its peak – although all the kids across the universe seem to love it). Boy 2 (A – 5) decided to do some stand up. He buddied up with a friend and the two of them, dressed as superheroes, stood in front of the entire room and (fully prepared) told jokes. It was adorable. They took turns and passed the mic and their joke cheat-sheet back and forth and got accolades from the audience. *LOVE*

Another little girl with special needs prepared to dance to “Everybody Dance Now” (welcome back, 1990). At first, she was a little skeptical of getting before the crowd but then, her dad, this beautiful man dressed in the Valley Tuxedo (denim-on-denim all – be forewarned of judgement) got up, took her by the hand and, before the entire crowd, rocked-the-eff-out to C&C Music Factory with his daughter. It was the sweetest thing and I had to bite my lip not to cry. *LOVE*

Last night Blair and I made the trip into the City to see Emma-Roo in her play (apparently it was the final exam for her drama class). She did great. Better than I expected, actually. Prior to the play we were honored by the school’s band concert – their final performance of the year. Their choice of music wasn’t too bad – A John Williams (Star Wars, Indiana Jones, Jaws) piece and then a medley of the songs from Les Mis…my favorite! The best part of this concert, tho, was the drummer kid. He stood in the back, big messy head of thick, dark hipster curls and he rocked out in his own little world. Kid got the music in him. I tried to get a video of him but it was too dark and we were in the back row (where the cool kids sit, yo’). But trust me, the kid got soul. *LOVE*

These kids all get a gold star in my book.

Ahhh….celebrity crushes.  We all have them.  They’re wonderful little slips on reality and let us drift off to the land of glamour.

I have had a massive celebrity crush on Cole Hauser since I was 15 when I saw him in School Ties.  He’s one of those actors who doesn’t get nearly enough recognition or appreciation.  He’s so good in everything he does.  And he is the reason I originally boycotted Friends back in the day (his show High Incident was on opposite of Friends and couldn’t compete with the ratings of Must See TV and after two superb seasons it was cancelled).  He’s been in tons of movies and several tv shows, yet, not nearly enough people know who he is.  So I’m telling you: COLE HAUSER IS THE SHIT!!!! 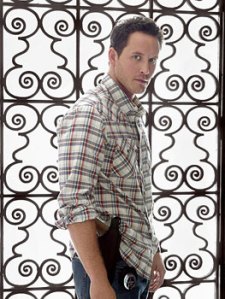 Scott Caan – I’ve already talked about his Bromance on Hawaii Five-0 and his Golden Globe nomination.  He’s so adorable.  I enjoy Monday nights with him.

Harrison Ford – Hello!!  He is THE MAN.  I grew up watching everything Harrison Ford – from Star Wars to Indiana Jones to Hollywood Homicide (*yawn*).  He is the King of Hollywood.  I love him.  He will forever be referred to as “my future husband” (as is how I referred to him in high school and beyond).

Jim Cuddy – The man with the rich voice.  I can remember, vividly, the first time I heard Blue Rodeo’s Try.  I was 11.  It was a song that stopped me in my tracks.  I had no idea people could sing like that.  And Pull Me Through reignited that flame.  I was lucky enough to meet him a few years ago and he was so funny and gracious.  I even bought the man a glass of wine.  Definitely a highlight of my pathetic little life.  🙂